The History of musicLINK

As musicLINK’s 30th year ended in 2016 we saw the retirement of one of the founder members and outgoing Chairman and Membership Secretary, Keith Jobling. Here he gives a history of three decades of musicLINK; its discovery, development and passion for live Lincolnshire music.

In the 1980s, the music scene in Lincoln was expanding fast and a small group led by the virtuoso Tuba-player, Melvyn Poore, discussed ways to help encourage this musical growth. Melvyn was the first holder of three Lincoln Community Musician Residencies. He was followed by violinist Mark Ostyn and Multi-Instrumentalist Duncan Chapman.

Among initial proposals was the idea to set up a Music Services Community Establishment that would be able to offer rehearsal, recording and storage facilities for use by instrumental groups of any genre, but a lack of funding made this an unattainable plan.

Then, in November and December 1985 there were six performances of Handel’s Oratorio Messiah in Lincolnshire in the space of just 10 days. The performance by Lincoln Choral Society on December 14th was the last one and the audience, normally a full house for Messiah, was barely 300. As the singers were leaving the Cathedral afterwards we heard a lady ask:

“Why doesn’t someone get these societies to talk to each other so that they don’t do the same pieces at the same time?”

That sowed the seeds of an idea that brought together the founding members and backbone of musicLINK: Viv McVeagh, Harold Sherman, Ray Pulman, Geoff Moralee, Melvyn Poore and myself. Over the next few weeks and, having registered our ‘society’ name, we began to write a constitution to formalise what would grow into musicLINK. We began with six member organisations; Lincoln Choral Society, Lincoln Symphony Orchestra, Lincoln Pro-Musica, Lincoln Minster Consort of Voices, Lincoln Chorale and Bishop Grosseteste College Music Department.

From these organisations we collected details of forthcoming events and contact details and in April 1986 sent out the very first diary to all societies in Lincoln and others we were associated with in the County. The response was fantastic and our “membership” grew to over 60 within 3 months. The success we had achieved also began to attract the first individual applications for membership, and the receipt of the monthly diary to find events of interest. 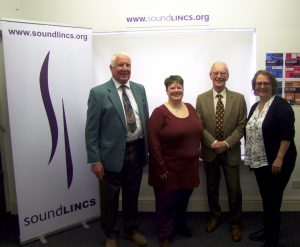 In 1987 we first considered producing a ‘Directory’ listing for all our member societies but also music teachers and performers. This came to fruition in 1988 with the 1989 Directory being sent out in December to all musicLINK members, as well as to every library within the County. In the following years musicLINK continued to grow at unprecedented rates, with the diary print run topping a thousand copies and leaflets from societies often numbering a dozen and more.

There were many other notable achievements and events for musicLINK in the years that followed. It hosted its own radio programme on BBC Radio Lincolnshire for many years, full of interviews, what’s on and interesting information. There was the commissioning and performance of "FAMOUS LINCOLNSHIRE" by David Machell, a choral work written for the County Youth Choir under Kate Witney and a series of County MUSIC:FAIRS across Lincoln.

In 1999 musicLINK’s future was in crisis with the retirement of the Chairman and other volunteers after 13 years of service, with an Extraordinary General Meeting held at Bishop Grosseteste College in September. After much discussion, volunteers to fill the mandatory committee positions came forward and musicLINK’s future was secured. The new Committee began to investigate ways of expanding our exposure to widen the facilities we could offer. The musicLINK website was set up and launched. This saw another great spike in membership in the months that followed.

In the autumn of 2004, after much discussion, it was decided that MUSIC:LINK should apply for charitable status. The Charity Commission were extremely helpful and gave much assistance to us recommending minor changes to our Constitution to accelerate acceptance. The final application was made and full Registration followed in early 2005.

Becoming a registered charity enabled musicLINK to register for the Gift Aid Scheme that still allows musicLINK to reclaim Income Tax paid by individuals on donations made from personal income or pensions. Every member was invited to sign a Gift Aid declaration and about 100 did so, enabling us to activate the Bursary Scheme. 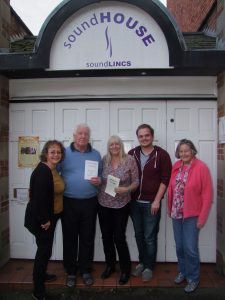 The Bursary Scheme gives assisted funding for attendance at workshops and master classes for promising, talented young musicians of school age, to encourage them to reach a standard where they can give public performances. We are proud to have awarded bursaries to 32 young musicians totalling over £16,000 since the inception of the scheme in 2006, all made possible by Gift Aid.

musicLINK flourished due to the fantastic dedication of volunteers and Committee members. Thanks are due to everyone who has helped and supported us over the past 30 years, and particularly those who have given especially long service; Clive Morrison, Claire Morrison, Margaret Walch and Viv Bowtell.

There was just one change in the Committee until 2013, when the Events and Website Manager gave notice that he would like to hand over after 16 years. That was followed in 2014 by similar notice from the Treasurer and in 2015 by the Chairman / Membership Secretary. Notices were sent to all members asking for volunteers for these posts, with a new Events Manager appointed. The deadline for the Membership Secretary post was set for 31st December 2016. In the event of nobody coming forward to take over the administration, musicLINK would terminate all operation and the dissolution of the association would take place.

With fewer than 48 hours remaining before the final dissolution process was to be put into operation, soundLINCS’ offer to take on the service was agreed and musicLINK was saved. Here’s to the next 30 years to come!

If you have any memories or stories about the last 31 years of musicLINK's history we would love to hear them, please share them with us at music-link@soundlincs.org or on the new musicLINK Facebook group (www.facebook.com/MUSICLINK2016).